Stock Market Vs Technical Analyst; a harsh look at the realities.
We all know share market and how it works. Shares tend to behave according to the performance of the companies. If the company perform well they appreciate and if it does not, shares tend to lose value.

Secondly, we should also see the sector where the movement is taking place and the reason behind it.
I have been following the share market, Technical Analysts, TV channels for the last few years but till today I am not able to understand what make the technical say that a particular share has bottomed out or reached its peak or that the market itself has reached its peak or bottomed out.

On the same note, I strongly appreciate ace investors like Rakesh Jhunjhunwala, Radhakrishnan Damani, Ramesh Damani, and few more who never speak about the day to day index and share performance. This is because they know the market and what Rakesh Jhunjhunwala rightly said is that there is no bottom or there is no top.

I have seen the interviews of Rakesh Jhunjhunwala, Ramesh Damani, and Ramdeo Agarwal. I remember when one reporter from financial channel asking Rakesh Jhunjhunwala the question “where do you see the Nifty by 2030?”. He bluntly answered that the Nifty will be at 1,25,000. This made me think and also laugh. On retrospection, I found and realized that it was his wish list of the Nifty index level and his thought reflected the bullishness of the Indian Economy.

Similarly, when everyone was giving a sell call on SpiceJet, he bought the share and when the same reporter asked him why did you buy the SpiceJet when you know the company is making huge losses he said that sometimes I play T20. What this means is that he has done his homework well before investing and he is not worried about daily movements.

When the market show some downtrend, these Technical Analysts neck out and give imaginary index from where it will bounce saying that at a particular point it will face resistance and if that level is broken, it will move downward. I would like to ask them what make them say this and when the market do not rise and keeps on moving down then they say it is bear market and when the market moves up they give upper targets and when it keeps on moving they say it is bull market. Anyway they make their money in the form of fee and brokerage from investors by imagining the index levels without much logical basis. If they are so sure why do they still work with other company or work like Technical Analysts, why they did not become Rakesh Jhunjhunwala like figures?

They give imaginary price and ask people to sell or buy. Instead of doing that, why don’t they look at the following parameters?

1. Fundamentals of the company
2. Conditions of the sector
3. Whether it in its profit
4. Debt levels
5. Demands for its products or services.
6. Reserve money
7. EPS
8. The management
9. Company’s balance sheet
10. Global factors.

I would like ask where they had gone in 2008 when all where giving Buy Call on Suzlon Energy, Unitech , DLF, Reliance communication etc? Why they didn’t they alert the investors with sell call then? When these companies where piling heavy debt, they gave buy call and now they neck out and say that these companies have huge debt and till the time they reduce their debt they cannot move forward. When the market has fallen, the macros have dampened; they opened their eyes and said that these companies need to clean their balance sheet by reducing the debt and so on.

A common man do not Know ROE, EPS, Debt equity ratio, yield ratio, leverage etc and these terms may be heavy for the common man to understand . So he believes what these so called analysts say and end up losing their money. Hence common man should do the research himself and should not rely on these analysts or they can invest with mutual funds. 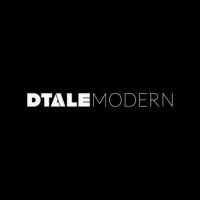 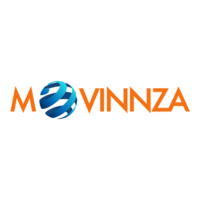 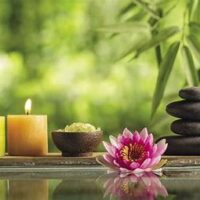