While during the first leg of the tour, as we arrived from Dubai, was a very short one, this time we had two days in hand to cover remaining tourist spots of India’s capital city of New Delhi.

Continuing from where we left off:

As you might have read, we have already visited some spots in Delhi that we originally planned to visit. Delhi had plenty of tourist attractions and our earlier visit comprised only a tiny portion of those spots.

Parliament house, Rashtrapathi bhavan, north block, and other several government buildings are housed in the same area. We only took some view from outside as there was no time for detailed visits. The Rajpath has all the most critical government installations close to it.

The residence of the former prime minister of India has been turned to a museum. She was one of India’s well-known political figures and daughter of PM Jawaharlal Nehru.

She was assassinated by her own body guards. The museum which was her house is preserved with articles that she used, all the rooms that she used are arranged as it is. It is worth a visit when you are in Delhi especially with young children who can come to understand the lives of our major political leaders.

Her illustrious life ended most abruptly from her own security. Rajiv Gandhi, her son was made prime minister following her assassination.

This is the house where India’s father of the nation, Mahatma Gandhi was assassinated.

“Gandhi Smriti formerly known as Birla House or Birla Bhavan, is a museum dedicated to Mahatma Gandhi, situated on Tees January Road, formerly Albuquerque Road, in New Delhi, India. It is the location where Mahatma Gandhi spent the last 144 days of his life and was assassinated on 30 January 1948.”

This is another museum worth a visit when you are in Delhi. It is very well kept and those who understand Gandhijis life closely, must pay a visit to the house where he stayed in the end and died. His last fast was also conducted in this house. Those of you who might have read the great book about Indian freedom struggle calked ‘freedom at midnight’ will find this house mentioned at multiple places.

This is where, Mahatma Gandhijis body is laid to rest in New Delhi. People pay visit to Raj Ghat to pay tributes to the great soul whose nonviolent campaign against British led to India’s freedom. There is an eternal Flame at the Raj Ghat and former PM Jawaharlal Nehrus body is also laid close to Raj Ghat in Shanthivan.

Bahai House of Worship called Lotus temple is one of Delhi most visited place of worship that is open to all. On a daily basis thousands of people visit Lotus temple and it is one if the most popular tourist destinations in Delhi.

Nehru place (not a tourist spot).

I was employed at the Nehru place area which was not far from Lotus temple. This was in 1992. Unfortunately, the place was absolutely out of place from what it was when I worked. The buildings were now old but, yet it could have been maintained well in the open ground below. It looked dirty now and I felt very upset to see the places condition.

Karol Bagh open market was just outside the hotel Delhi Darbar where we were put up. It was open till late in the night. Joshina had spent some amount of time shopping there. It had apparels, leather and many such items that will interest the tourist in you. There are several markets in Delhi for targeting for shopping and Karol Bagh as a good option for the purpose.

I wanted to show the children some of the great Indian universities to meet this objective, we had shown them the JNU, Delhi IIT and AIMS some if these were shown on the way, as there was no time for a visit.

On arrival, we couldn’t use the Airport Express Metro of Delhi. But we used it during our return journey. 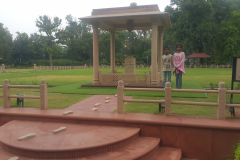 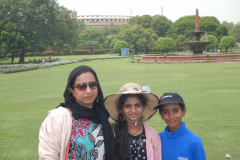 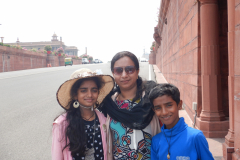 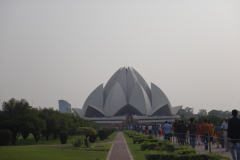 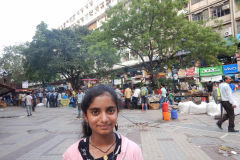 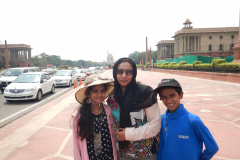 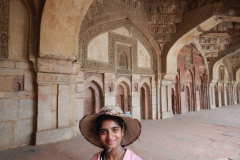 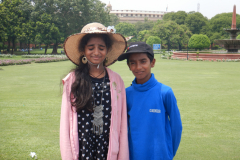 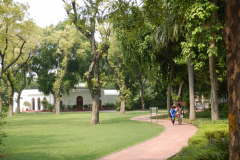 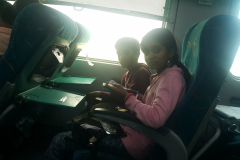 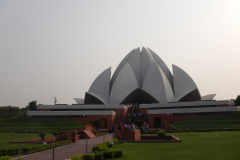 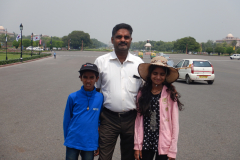 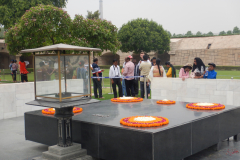 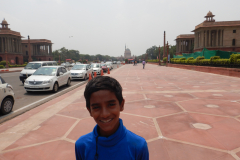