Mark Zuckerberg, born May 14, 1984 in White Plains, New York is a phenomenally successful social media business magnate. His parents are Edward Zuckerberg a Dentist and Karen, a Psychiatrist.

In his youth Zuckerberg always had an interest in computers and games. When he was just only 12 years old he invented Sucknet using Atari Basic. The main intention of the program was to send messages, which his father later used to call his patients.

When his parents found about his prodigy in computers and gaming, his parents requested a computer teacher named David Newman to mold his talents. As a result, he invented a music software named Pantora. Following this invention, huge MNC’s like Microsoft and AOL wished to own the software and the prodigy behind it, but Zuckerberg rejected the offers.

After his schooling he enrolled in Harvard University, but he dropped out due to his immense love for his company called Facebook so that he can concentrate more on shaping his company.

In the meantime, he had invented numerous other software’s. Hereafter this, Divya Narendra, Cameron, Taylor approached Zuckerberg with an idea of forming a social media network on which he decided to help them later.

On that same year he dropped from his college following that he moved the headquarters of his company to California, in Palo Alto. At the end of 2004, Facebook already have attained one thousand users. Today Facebook has been considered as one of the giants in social media platforms. In a week Zuckerberg spend 50 to 60 hours for his company. He is considered as one of the youngest billionaires in the world. The most important factor in his saga is that he has attained this achievement when he was just twenty-three years old.

There is a reason behind which he has chosen the colour blue as a logo colour for Facebook because he was colour blind and there was difficulty to differentiate the other colours like red and green.  Even though he had some disabilities he has become one of the youngest billionaires in the world.

Today Facebook is a billion dollar company. This was the result of his strong determination and hard work. In the course of his successful journey, now Facebook has become a parent company to Instagram, WhatsApp, and Messenger.

Let us examine the different characteristics of each application.

Facebook Messenger is a social media platform which is formed for the purpose of chatting. Since the formation of Facebook it has gone through a lot of transformations and messenger was one among them. The main motive of messenger was to give the world a simpler form of Facebook. It is not only an application for chatting but also it has many other features like sharing photos and videos. We can now find the web form of messenger in Windows 10 and Mac systems.

The prodigies behind the formation of Instagram are Kevin Systrom and Mike Krieger. This application became active on social media from 2010 onwards. It was an independent company until Mark Zuckerberg the sole mastermind of Facebook purchased it for one billion dollars in 2012. The idea of owning Instagram was a wise business decision for Facebook.

Oculus was formed in 2012. It is a division of Facebook technologies. The prodigies behind this is Palmer Luckey, Brendan Iribe, Michel Antonov and Nate Mitchell and it is now based in Mentow Park. It is a Virtual Reality headset (VR) used for video gaming purposes.

The companies like Onavo, Friendfeed, Ascenta, Liverrail, Giphy, Mappillary etc are under the ownership of Facebook. The Facebook has 9.99% of ownership in an Indian Digital Company called Jio and also another Indian Educational Application called Byjus has tied up with Mark Zuckerberg.

Mark Zuckerberg and his wife Priscilla Chan formed a charity named Chan Zuckerberg Initiative (CZI). The first ever investment through CZI was in Byjus an Indian Application.

The Mark Zuckerberg owned Facebook is now an Empire with no other heir apparent to its throne with numerous supports of many other companies. As per the new records there are 1.6 billion Facebook users who use this application at least 35 minutes in a day. In 2019 Facebook profit was 21.08 billion dollars.

According to current records there are 2.5 billion users for Facebook in a month. Due to the continuous updates made in Facebook they have succeeded in removing 1.3 billion fake accounts in it. In every minute 400 new Facebook accounts are created, and 4 billion likes are acquired. In a day 35 million people share their life events in Facebook. 60.6% of internet users are from Facebook and the world’s 85% of smartphone users are having Facebook accounts.

In the beginning of 2020 Facebook has obtained 17.44 billion dollars through advertisement but due to the arrival of the pandemic called Covid-19 and some bold decisions that the company took in its latest updates relating to its privacy policies, many companies and some highly reputed persons came against Facebook. Even though all these issues have given Facebook a stroke, Mark Zuckerberg and his company Facebook is still in the social media platform as the ascending sun to plants and other species on earth, that is by connecting and supporting billions of people in this dreadful period. 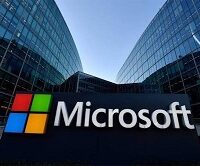 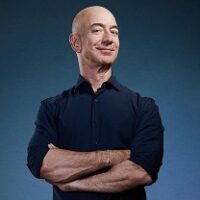 Confiscating the advertisement leaflet to avoid reading the newspaper; memoir of a son.

My brother’s renunciation and why I cannot reconcile. 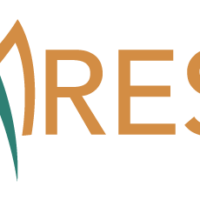 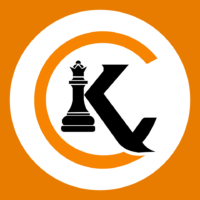 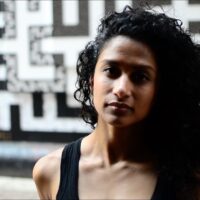 Natasha Kohli – Wescover is a marketplace; Art and Designs that are shared and Sold Directly by the Original Artists and Designers – New Delhi, India. Forces Jackets USA – Fashion Spot for Men and Women across the world that has stocked up Classy and Chic Leather Jackets – Toledo, OH 43604, USA.