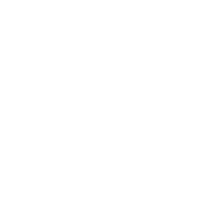 We provide a high quality experience to our customers by supplying the best equine property products and services.

Kiser Arena Specialists - The Kiser story begins in Illinois on Bob Kiser’s farm where he grew corn and soybeans.  The Kiser family became involved in the reining horse industry around 1978 and by 1986, the family were well-known members of the National Reining Horse Association, or the NRHA. Representational Picture:
With the best option of ranch construction equipment and services we are looking forward to helping you unlock the value of your land. We have the finest product lines from BigAss Fans, Priefert, Kiser, Woodland, Titan, Conestoga and many more. We deliver the highest quality products. We also provide land development services to Kiser Ranch, including architecture, architecture, excavation, building and settlements.

In 1986 the NRHA Futurity was moved to Oklahoma City and the arena footing was certainly less than desirable.  The following year the conditions were even worse.  The NRHA knew that they had to make a change to keep the prestige of the event and Bob Kiser was their answer.  They asked him to take charge of the footing at the Futurity and he was able to provide the footing needed for an event of this magnitude.  One of the first things that he did was to build a drag to help him manage the footing.  He aggressively pursued better footing and equipment and soon the word spread.  He was then asked to provide footing and equipment for the NRHA Derby and Kiser’s have managed the footing for and provided their equipment to the NRHA Futurity and Derby for over 32 years now.  With the success of these events, the Kiser’s name quickly became synonymous with top-of-the-line equestrian arenas.  Not only was the name associated with arenas and footing, but Bob also became known for developing the most innovative arena drags in the world.  He continues improving his equipment even today.

As demand grew for a Kiser arena and Kiser drag, Bob and his wife Linda relocated to Texas in 2000 to join their son Jim in starting Kiser Arena Specialists.

To date, Kiser Arena Specialists have been involved in the building of arenas in 42 states and 13 countries.  Over $100 million dollars in prize money has been awarded on footing prepared by Kiser Arena Specialists and their equipment.  They have also managed the arena footing for the NRCHA and NCHA Futurities, and AQHA World Championships for over 20 years each.  They were selected to provide the footing and equipment for the 2002, 2006, 2010, and 2018 reining event at the World Equestrian Games.  In 2011, Bob Kiser was inducted into the NRHA Hall of Fame for his contributions to the reining industry.