Here we provide adventurous experience with a paragliding ride in cheapest cost. Pre booking is Mandatory.

Kamshet Paragliding is one of the most pleasurable sports in India.

The country of India has steep mountains as well as the Western Ghats and the Himalayas, making it an ideal spot for paragliding. It's a dream destination for paragliders and expatriates who live and visit in the West India. Kamshet is approximately 102 km from Mumbai, 48 km from Pune, and 18 km from Lonavala. 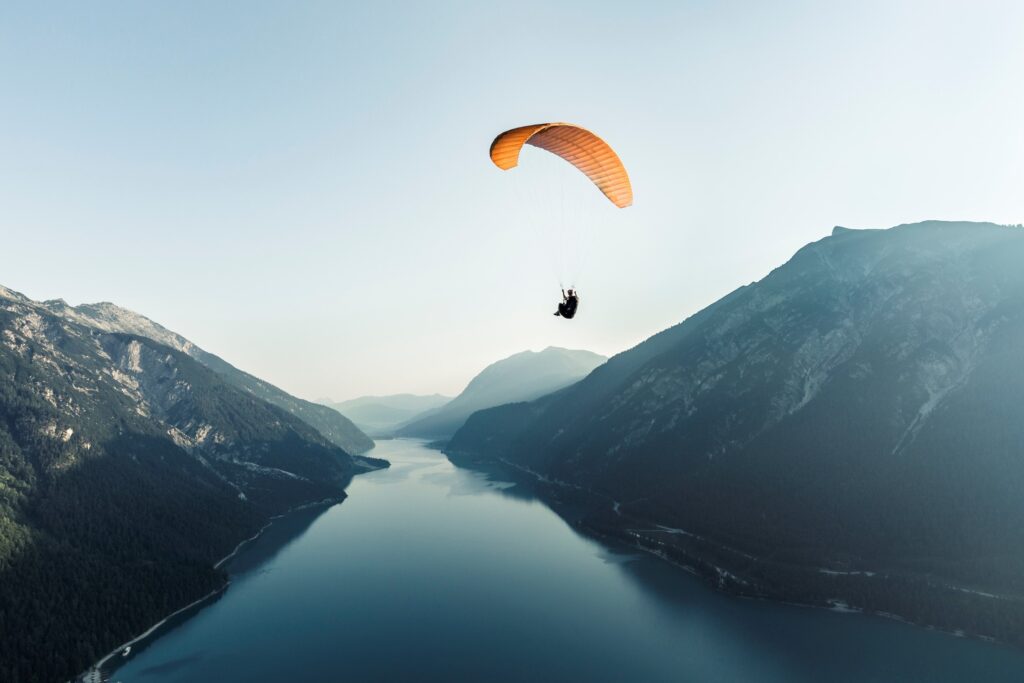 Kamshet and nearby destinations are the ideal spots of paragliding., which means that most of the take-off locations require hiking. April is the warmest month of the year in the tropics.

When you go paragliding in Mumbai and Pune, you will see an amazing landscape full of open blue skies, ravines, rivers, and the Indian countryside. While Lonala is more hilly and contains more scenery, you water and mountains, you get a better view from paragliding there. Regardless of which route you take, it's a truly sublime experience. For the beautiful sunsets, it's absolutely essential to have a camera!

December is regarded as the most auspicious time to paraglide in Kamshet and Lonavala. In Lonavala and Kamshet, paragliding will be also great between October and June.

You should glider during the October-to-to-February period, when the conditions are conducive to sustained flight, but soar during the peak of March-to-May when there is a wind greater than 20 km per hour. So it stands to reason if you're not a pilot, you should train with a professional instructor who also has both ground and air-crewing abilities. If you have prior paragliding experience in Mumbai or Pune, you will certainly not get any more in Kamshet. You will cherish the memories of the stunning vistas, welcoming climate, and unique rush of adrenaline that paragliding in Kamshet leaves behind forever.

Now that you've arrived at this point, what are you waiting for?

Paragliding is an air sport that depends on wind and weather conditions. So that the most important thing that needs for paragliding is the mountain because this sport doesn't involve any machine or engine. It is a nature-friendly sport, it doesn't harm birds also. Paragliding can be done only from the mountains or hills. And we all know India is a country surrounded by western ghats, high hills, Himalayas, etc. These all things play important role in paragliding. That's why paragliding takes a special place in India.

Kamshet is located in the western ghats of Maharashtra state near the hill stations like Lonavala- Khandala. People who visit Lonavala especially plan a day for paragliding in Kamshet. Kamshet is 18km away from Lonavala and from Pune, it is just 48 km away. From Mumbai, it's 105 km away. Kamshet is surrounded by Sahyadri mountains that's why paragliding takes a special place at Kamshet Lonavala. While paragliding at Kamshet you can find beautiful sceneries, open skies, forts, lakes, rivers these all things will be under your feet while flying at Kamshet.

In the monsoon, it is not possible to fly so the season for paragliding is from the month of Oct to the last week of May. December is known as the coldest month and march is known as the hottest month over here. The important thing about paragliding Kamshet is, all the people who do paragliding are all professionals, and all the pilots are experienced.

We can proudly say it is the safest place to do paragliding in India that's why people have made it India's number one destination of paragliding.