Right from recording videos and editing them to communicating over screen capture and sharing the same, Fluvid does it all. The tool simplifies processing of video messages for sales force, educators, creators, business owners, and tech developers. Using fluvid fastens recording of videos while instant sharing options helps the content reach audiences quickly. The recording software provides controlled access to user for better privacy over content.

It has advanced editing options that can be used while recording itself along with multiple customised thumbnails to further beautify the records. Moreover, the Fluvid tool keeps the clutter away and organises content. Fluvid is an Online Screen Capture and Video recording communication tool for the community that lets them communicate with their customers & team members effectively over video. Things that are difficult to write over email/text can now be solved with this screen & video recording software.

Fluvid helps people from any profession to communicate easily by making quick videos instead of writing long emails. Watch how it works. Fluvid allows you to communicate better so that you can work with anyone from anywhere.

Fluvid is the most simplest screen & video recorder that helps you record & edit your video messages in the most simple way so that your job becomes easy whether you are a Business Owner, Sales Person, Educator or a Creator.

Story of a Site Migration from Shared Hosting to the VPS

Jeff Bezos – The CEO of Amazon; On the Trail of the Richest Man!

My first trip with my parents to North India 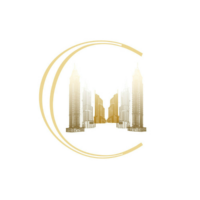